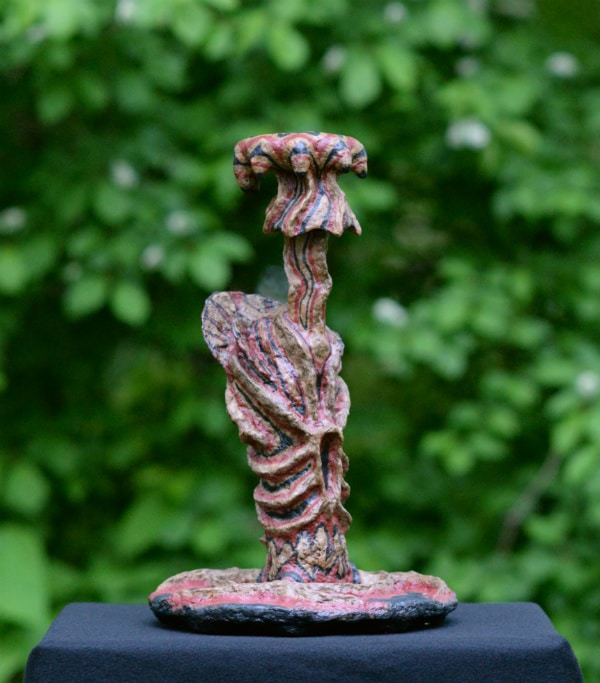 For a while I’ve thought it would be cool to make a mask stand that’s also a sculpture. The cardboard Titan mask seemed like a good candidate for such a stand, so I decided to give it a shot.

I considered making this look like a neck and shoulders, so when the mask is on it, the combined piece would appear like a bust sculpture. I decided not to go that route because the mask is big enough that to be proportional, such a stand would have to be impractically large for my current storage and display capacities. So I decided to go in a more abstract direction that I could keep smaller without looking weird (well, without looking silly at least).

Early on I got the idea that if I made the top of this removable, that would allow me to adjust how the mask fits on the stand more easily, because I could swap out tops of different shapes and heights. Figuring out how to do this lead to a much more involved engineering project than would otherwise be the case with a one-part stand. But in the end I made a neat little rotating joint that works the way I wanted it to. 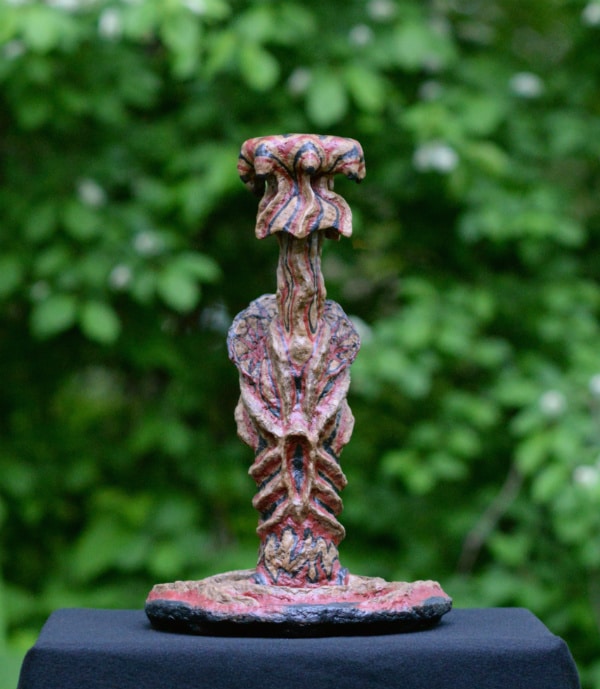 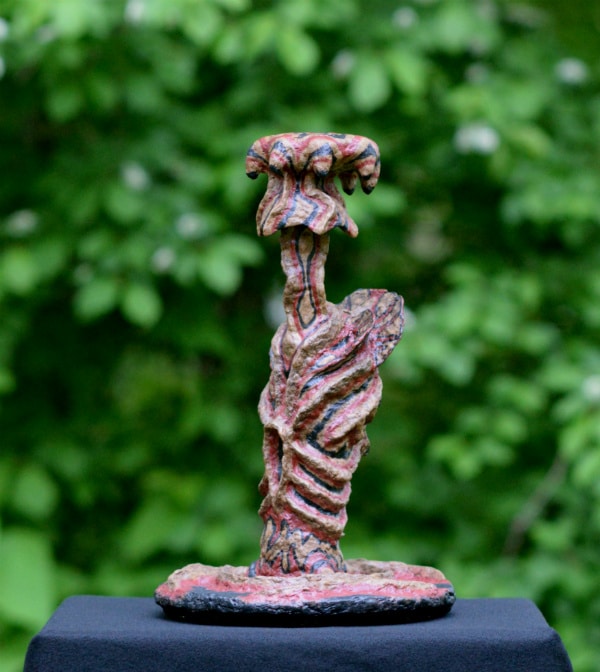 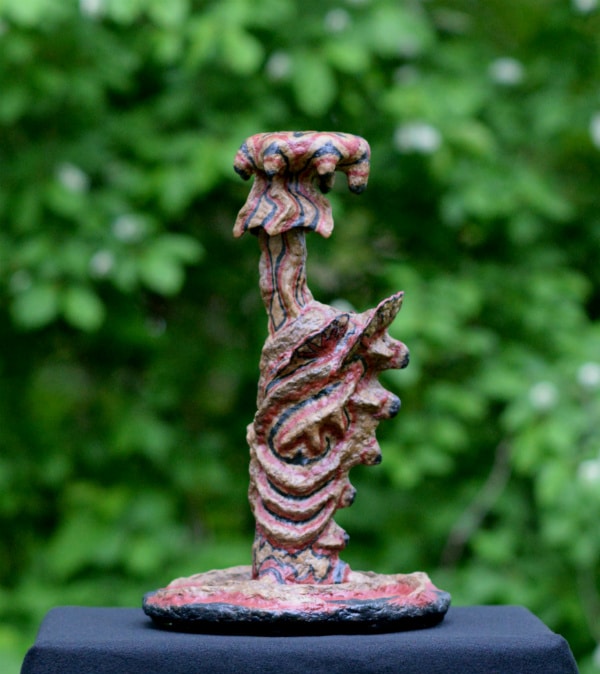 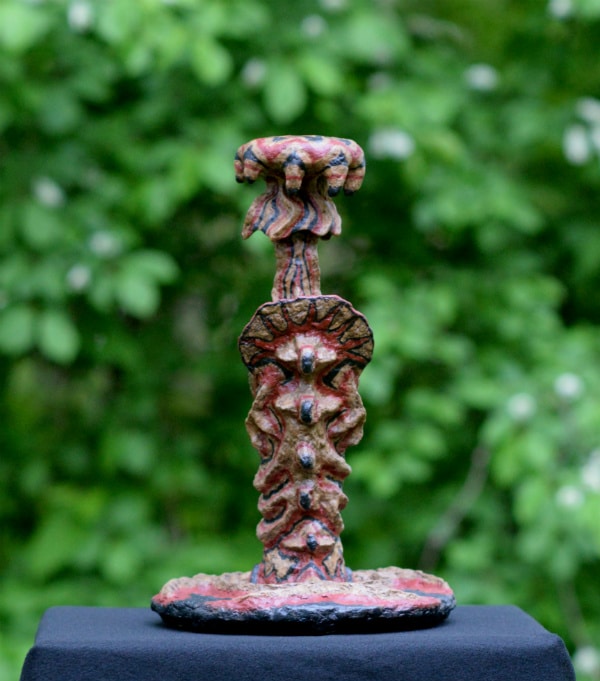 The overall design started off looking like an octopus-type thing wrapped around a metal pipe, with three bifurcating tentacles that formed the base of the stand. For structural reasons I ended up putting a circular wooden base under the tentacles, and my various design choices overwrote the octopus elements.

Much like an un-filmable novel, another thing you can’t see here is that the base looks like a stylized bio-hazard symbol. Much of what you can see I more or less made up as I went along. I wanted something kind of organic looking that would work well with the Titan mask but also work as a sculpture by itself.

I constrained myself to using only red and black paint to match the mask. Painting this wasn’t particularly hard, but there was just a lot to do because of all the ridges and features.

If I had made this to be exclusively a sculpture I would have made some different design choices. But you know what? I think the constraints actually added to the alien nature of the final look, because the proportions and shapes are dictated to some degree by function rather than pure taste, so it made me go in a more unusual direction.