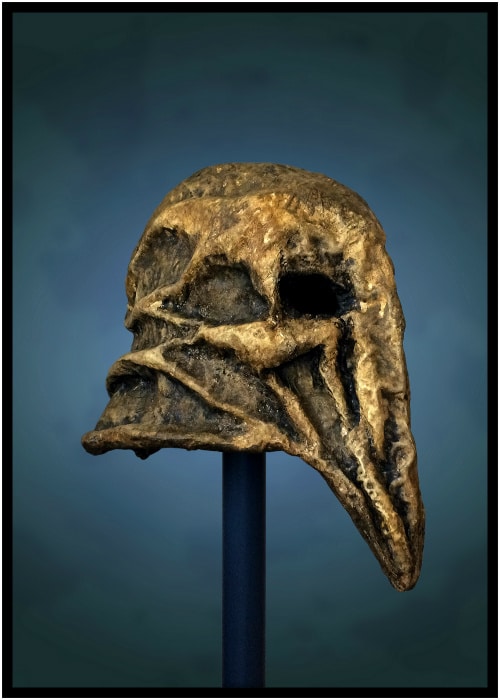 This is the first thing I ever made using cloth mache. It’s also the first in a set of masks based around the same general shape (the other two being Liliana and Grace).

This project went through several iterations. I originally wanted it to consist of two sections that would be held together by magnets, like I had done on the Elvis mask.

I think that getting everything to line up correctly, while also learning how to use a new material, was just a bit too much to chew on. I built this up several times and then cut it back several times, trying to figure out the shape, and trying to find a workable solution to the split design. Eventually I decided to just go with a single piece instead. 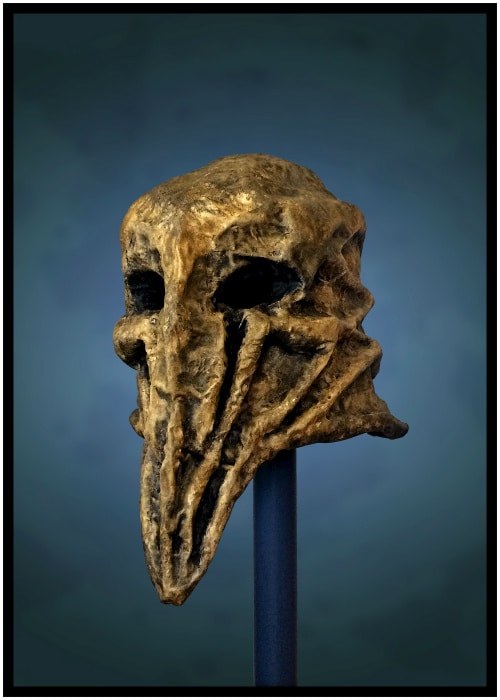 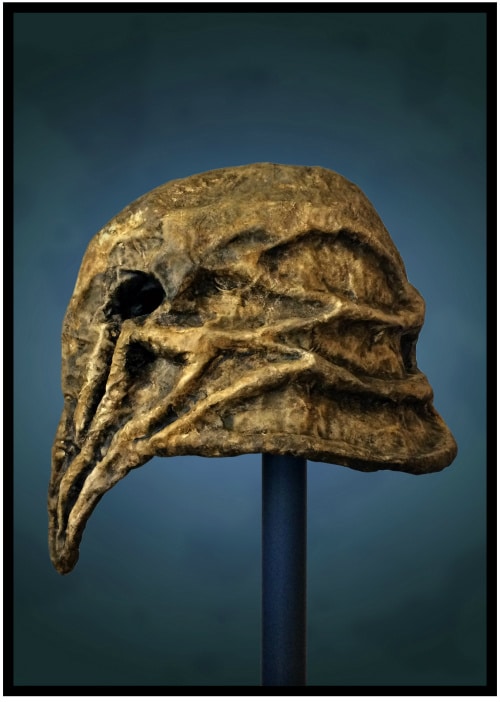 I wanted to make this a flared-helmet shape because I had never done that before. Early on, for the face design I drew inspiration from the Witness mask on the SyFy TV show 12 Monkeys. Some other shapes that inspired me were the Space Jockey head from Alien, and the leg anatomy of robber-fly pupa. Looking at it now, I think you can see its pedigree, but I also think it’s become its own thing.