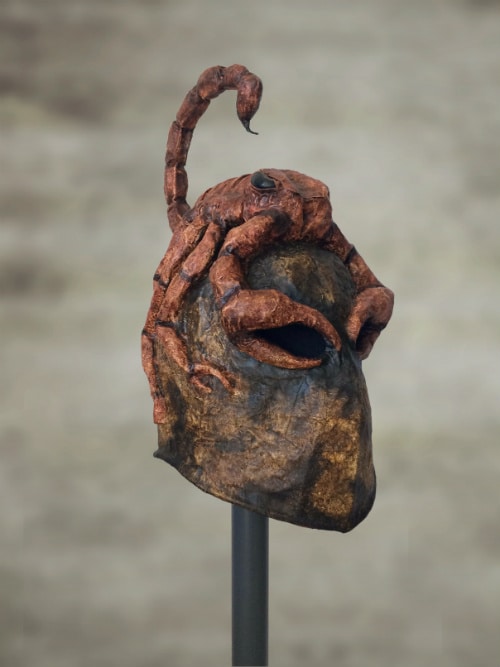 This began when I had the idea of a mask where scorpion claws would form the eyes to look through. Originally I envisioned this as a Greek hoplite-type helmet with the tail as its big crest. To do that it would take a really beefy tail, though—probably over two feet long. That would throw all the proportions off. I think it could be done with the right stylization, but for this, I decided to go more literal.

The size of the eye-holes that I wanted dictated how big the claws needed to be. I worked back from that to determine the size of everything else. 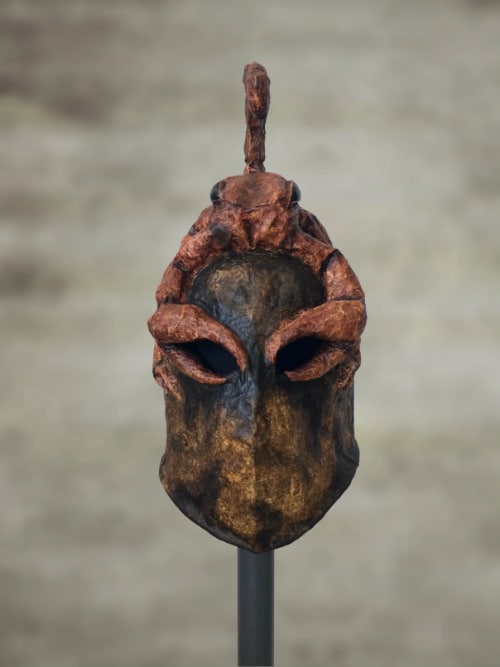 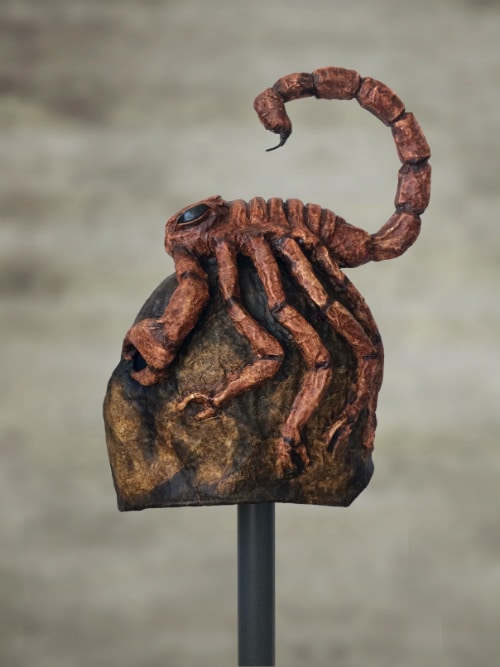 The scorpion is made of about 130 sheets of phonebook paper wrapped in masking tape. No one part of this entire project gave me too many problems. There was just a lot of repetition, given that the scorpion has eight legs, two arms, a tail, and each one of those appendages is made of several segments. All the ridges created by so many segments takes longer to cover in cloth and glue than a smooth mask, and then the two-tone paint added another layer of complexity onto that.

The biggest deliberate liberty I took with anatomy was giving the scorpion its own eyes that you can see easily. Although ancient sea scorpions had large eyes, land scorpions have tiny ones in the top of the middle of their heads. You’d hardly be able to see them in these pictures. I thought this might be distracting, so I added eyes. They’re made from epoxy putty.

This is the first project where I buried magnets on the inside of the helmet, under the cloth and glue, to help hold mesh across the eyes. It’s also the first time I’ve made cloth “scales.” You can see them on the scorpion’s back and the top of its head. There’s a coat hanger inside the tail for strength, and I used a piece of coat hanger for the stinger.

Why is this a Scorpion “Helmet” when just about everything else I make is a “mask”? Because that’s the name that makes me happy.