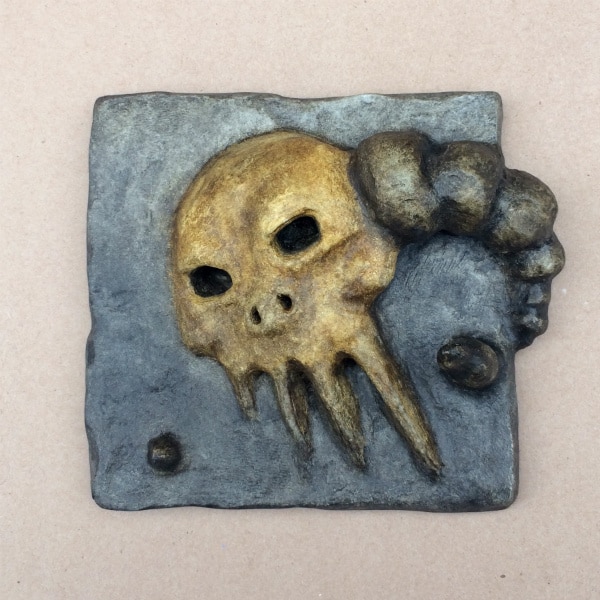 This project has a circuitous backstory. Around 2008, when I was making a big mask out of store-bought papier-mache, I came to a point in that project where I had invested a lot of time into it and didn’t want to mess it up with bad painting. So I started some test objects to do painting experiments on.

I began this by making four small papier-mache tiles, and then fused them together into one larger tile, and smoothed it out. Then I built up this sunken-skull thing. I thought it looked kind of cool and interesting, and the shapes of it are somewhat related to the mask that prompted it in the first place.

I painted it stony grey using various thin layers of watery paint—if you’ve read much of my site already this process is familiar already.

After I had finished painting it, that should have been where the project ended. But there were a couple of small cracks in the surface and other details that I didn’t like, so I ground them out. I started filling them back in, but around this time I got really sick of working on these mache projects, so I stopped working on them. 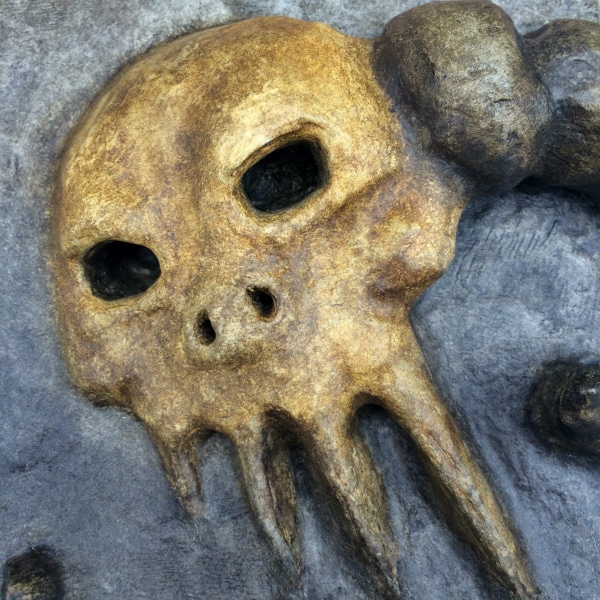 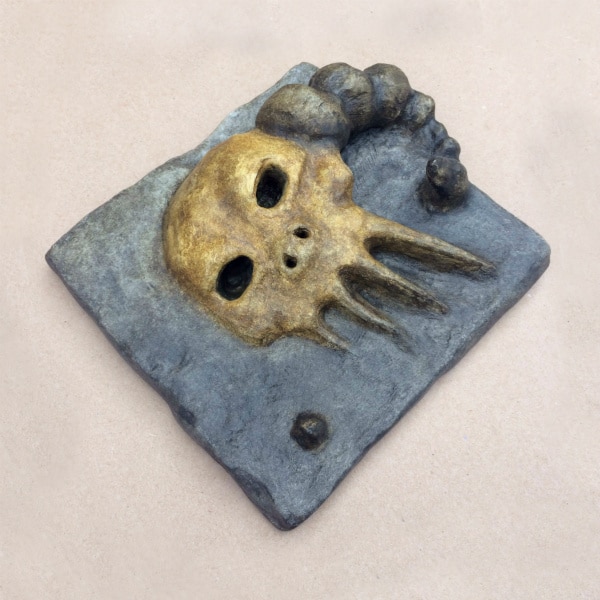 While working on my toilet-paper mask, I had some extra material lying around, and already had the grinder set up and so forth, so I decided to just finish this. It actually didn’t take long to fill in the old spots and get this sanded up.

I decided not to try to blend the paint, but to just repaint the whole thing. First I painted it white to get it uniform, then I did the thin layer routine again. This time around I think my skills were a little more developed. I also decided to paint the skull a different color than the “stone”—originally it was all uniformly grey, like a carved stone bas-relief instead of a fossil in a rock.

Because this had already been painted and sealed, it was hard to get the thin layers of paint to stick in some spots without rubbing off when I added newer layers. But otherwise there were no big surprises in the process and it’s nice to have it finished.