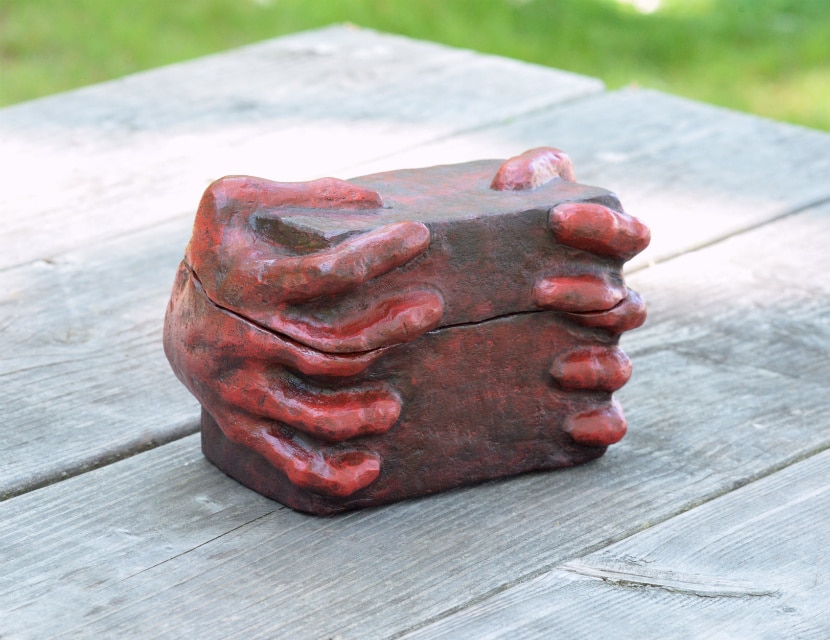 I made this while in the middle of a long mask project. I wanted a change of pace, and also wanted a way to use up some extra papier-mache that I would otherwise have thrown out. This was back when I used a lot of store-bought papier-mache that I’d hydrate fresh every time I needed some. Usually I’d end up with a bit extra at the end of that day’s application.

I thought it would be cool to have a box with hands wrapped around it. I think I got the idea by picking up one of those wooden boxes you can get at an art-supply store for a few bucks and holding it like the hands in the finished piece.

The hardest part of the project was building the sculpture around the box and the lid, and trying to make it look fairly seamless when the box is closed, but still be able to open and close without obstructing the function of anything. I did this by applying wet material to both sides and then closing the lid with some aluminum foil in between. Once things dried I ground it and added refinements, and kept repeating this process until it looked about how I wanted. 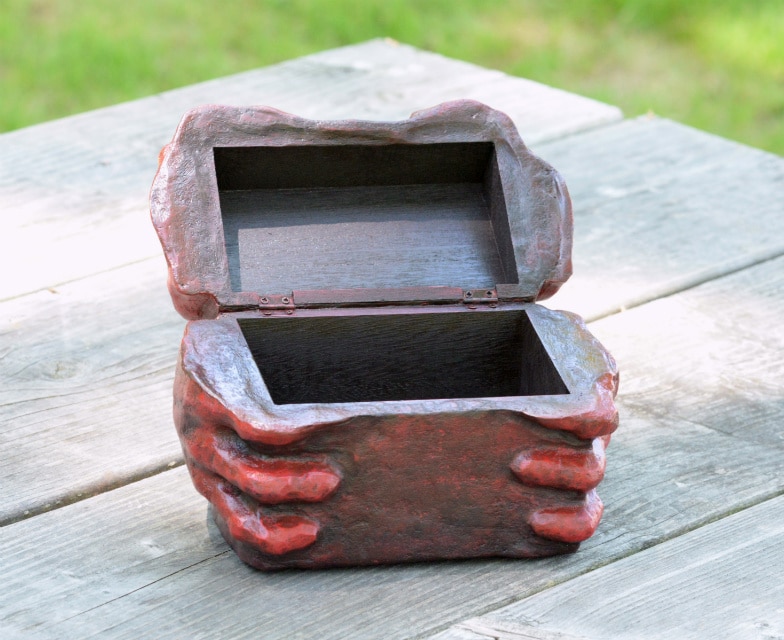 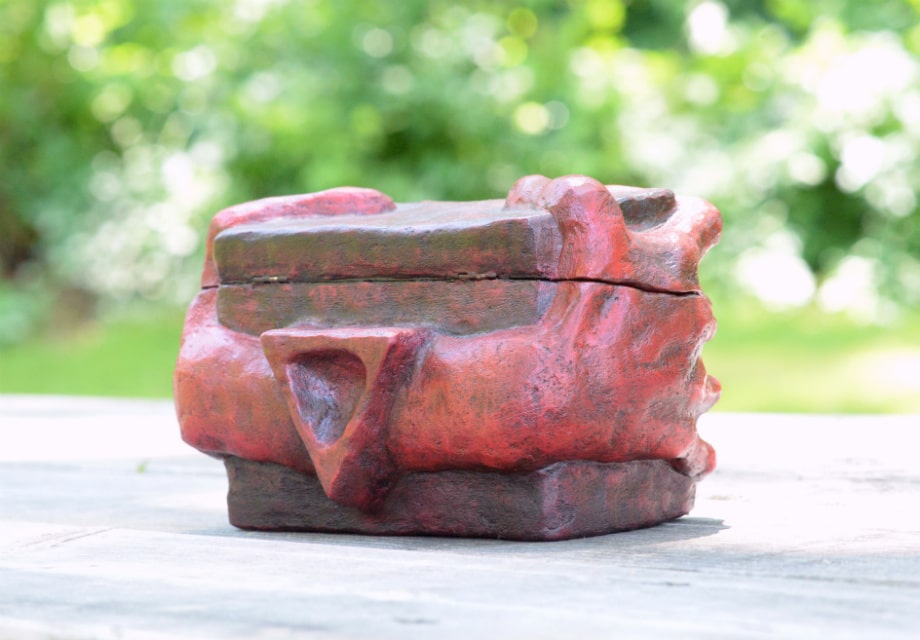 The hands are the star of the box, but I knew I needed to figure out something for the back. I didn’t want the hands to just amorphously emerge from the back of the box. After some thinking on various designs I decided to go with the simple solution of wrists and a triangle shape to separate them. The wrists aren’t proportional. Yes, that bugs me a bit. But if they were proportional I think it would throw off the design.

Because of the weight distribution of the papier-mache, when the box is empty, and the lid is open, it stays upright but wants to roll over. If I were making this again I’d tweak the base of it to mitigate this, either by making it a different shape, or adding some weight.

It took a while to paint. I used a lot of thin layers of watery acrylic paint. This is one of the earlier projects I used this technique on so it took me a lot longer than it would were I do make it today. Finally I sprayed it with some gloss sealer.

Part of the fun here is that it’s still a functional box. Perfect for a striking accent piece on the coffee table, or a container for your magical objects.