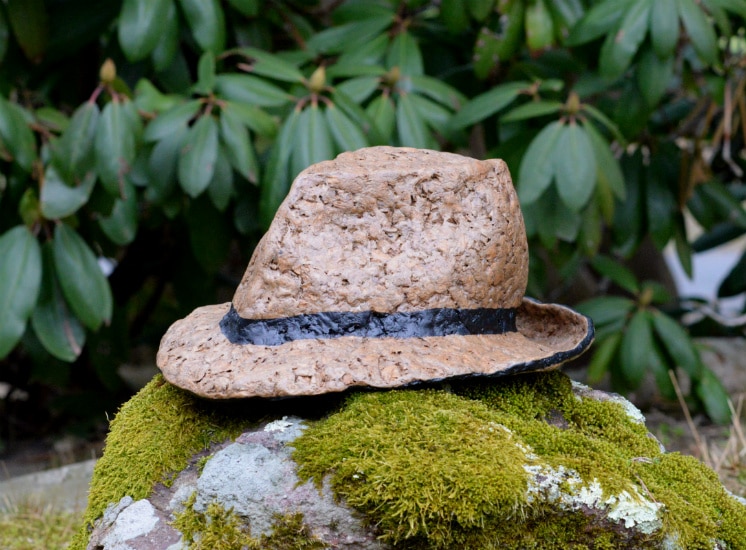 I got the idea for this project while working on the Titan cardboard mask. The texture and look of unpainted cardboard made me think it could make an interesting hat.

To begin I made a fedora-like hat out of aluminum foil and brown packing tape, and filled it with canned spray insulation foam. I ended up with the foam too thick in the head area, so it wouldn’t dry properly, and had to cut in various air slots. One lesson I learned from this is to not get wet foam on your hands or anything you want clean. That stuff’s sticky!

The point of all this was to create a sturdy form that I could build the cardboard hat on top of. I covered the form in plastic wrap and started laying down cardboard. I thought I could do it all in one go, but the plastic wrap slid around a lot. So I did it in stages, and when it was dry enough, popped it off the form. 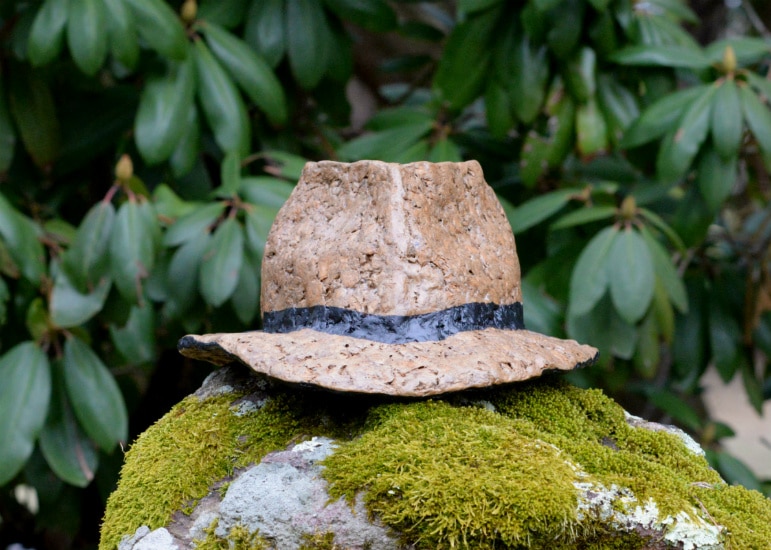 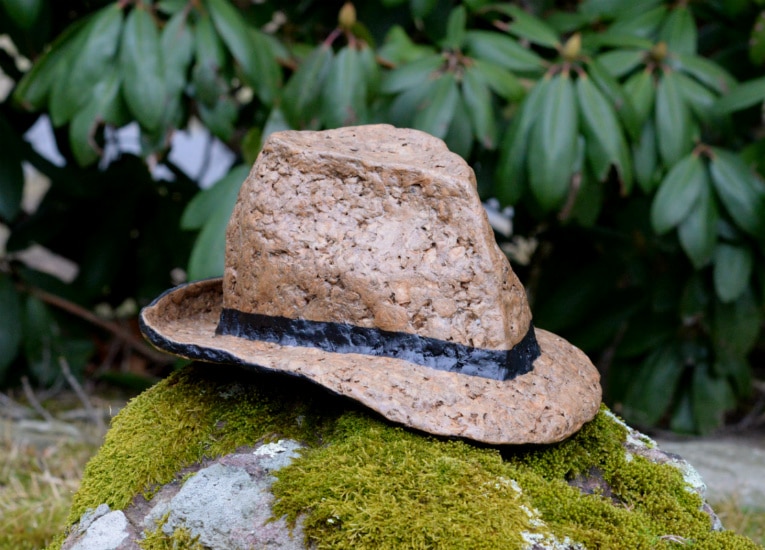 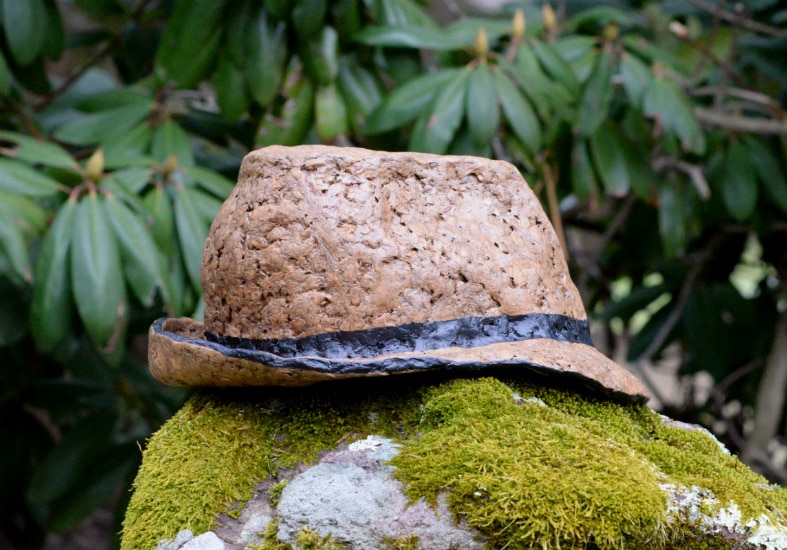 At this point the hat was a little too large for my liking, so I cut it in half sideways, removed some material, and glued it back together with more cardboard. I would have liked to reduce the size of the front of the hat a little bit also, but that would have been such major surgery I might as well have started a whole new hat, so I left it alone.

This was originally full of holes, created by gaps between the cardboard flakes, which actually contributed to a rustic charm. While I was never going for something completely smooth, I did want it to feel more finished, so I filled in the holes and overall added patching as needed to even things out. I also ground and sanded it inside and out.

Lots of hats have hat-bands, and my original idea was to make one for this out of a strip of cardboard. But because the hat itself is rigid and an uneven shape geometrically, I found it would take a ridiculous amount of work to cut the cardboard band to fit in a way that looks good. Also, I didn’t want to glue it on, so that limited my options. I tested some ribbon, but it also wouldn’t lay flat properly. At this point it seemed that simply painting on the band was the most logical option. I was a little hesitant to do this at first, but now that it’s finished, I think it really makes this look more like a hat. I also decided to paint a black line around the edge of the brim.